Now the king had a nasty temper. When he roared, “Off with their heads!”, everyone trembled. They knew he meant it. But this time, his outrageous demand was simply impossible…

Click on the image or the link below the image to download the article in full resolution. Scroll to the end of this post to read the text. You get a gold star if you already knew their Jewish names: Hananiah, Mishael and Azariah. :)

I have also sent the article to my other non-English speaking kids, but generally make sure to include all relevant text in my letter. You are welcome to copy the article text at the end of this post. Laminate your articles to keep them looking nice and print an extra copy for a friend. Add them to a DIY Activity Book with some FREE Daniel colouring pages, puzzles, crafts and FREE ‘Dare to be a Daniel’ paper gifts. 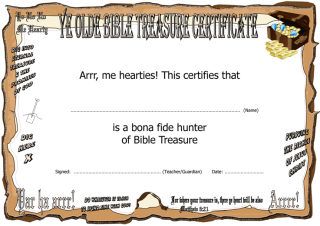 The Secret of the Missing Scrolls 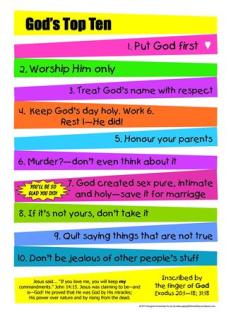 Memory Verse: Our God whom we serve is able to save us from the burning fiery furnace and He will deliver us out of your hand, O king. But if not [I love that! But if not…] let it be known O king, that we will not serve your gods, nor worship the golden image which you have set up. Daniel 3:17-18

King Nebuchadnezzar built a giant golden statue of himself and commanded everyone to bow down to it. Daniel was probably away or busy elsewhere with the king’s business. But Daniel had three friends who refused to bow down to the king’s idol. The king was VERY angry! He had them thrown into a fiery furnace—but they lived! God Himself protected them! Read about this amazing adventure in Daniel 3.

Hananiah, Mishael and Azariah were Daniel’s friends. They all came from royal or noble families, were highly intelligent, well educated and good looking, just like Daniel. They were also kidnapped and forced to become slaves in Babylon. Daniel and his three friends were given new names, honouring the king’s pagan gods: Belteshazzar, Shadrach, Meshach and Abednego. They were all trained and chosen to help King Nebuchadnezzar run his empire. Now the king had a nasty temper. When he roared, “Off with their heads!” – everyone trembled. They knew he meant it.

One night the king had a disturbing dream. He demanded that his wise men tell him firstly what the dream was and also, what it meant. When they timidly suggested that the king was being a little unreasonable, King Nebuchadnezzar roared! He was in nasty, nasty rage! All the royal advisers—including Daniel and his three friends, who were in ‘wise-men training school’—were going to be executed! Oh no! What did Daniel do? What would you do?! Stop and think about that for a moment. Daniel prayed! He knew that only God would have the answer to the king’s impossible demand. God gave Daniel the information he needed and all their lives were saved.

The king had been given a dream by God about a great statue, which showed the future of all mankind. King Nebuchadnezzar’s great empire was the golden head of that statue. The king was pleased with Daniel and promoted him. But even though the lives of all the other advisers had been saved, not everyone was happy about it! They had been made to look bad and to top it all off, this upstart was now their boss!

The king must have kind of liked the idea about a great statue, because some time later, he actually built a giant golden statue of himself and commanded everyone to worship it. Daniel’s three friends refused! And the other jealous advisers made sure that the king found out about it. (That is why I think Daniel must have been elsewhere). Now the king must have really liked Shadrach, Meshach and Abednego, because—unusually—he gave them a second chance. But they would not change their mind. They feared God and trusted Him with the outcome—good or bad. This gave them the courage they needed to say no. Like their friend Daniel, they refused to follow the flow just because everyone else was doing it.

The king roared and flew into such a rage. He commanded the fire to be heated seven times hotter than usual. His strongest warriors were ordered to tie them up and throw them in the fire. The fire was so hot that the guards were killed instantly! Shadrach, Meshach and Abednego fell into the heart of the blazing fire—still tied up. Suddenly the king noticed that there were four men in the fire, not three! God was with Shadrach, Meshach and Abednego. Protecting them. They were walking around in the fire. No longer tied up! The ropes had burnt off, but the men themselves were not hurt. Their hair was not burnt. Their clothes were not burnt. And when they came out, there was not even any smell of smoke on them! All of the other officials gathered round to look at this incredible miracle. The only thing they had lost in the fire was the ropes which bound them. It’s the same thing with us, when God allows us to go through fiery trials. God is always with us. The things in our lives which bind us are burnt away. And when the fire is over, we will come out—victorious—without even a hint of smoke! Praise His mighty name!

And a very special THANK YOU to D. Walther, one of our Compassion translators, for very kindly translating these articles for our French speaking children. It is such a joy to work in partnership with you. A very special thank you also to your two lovely daughters who have also assisted in translating other articles. The pay may be lousy, but the rewards are eternal!

© 2013 – 2022  https://www.papergiftsforestefany.wordpress.com.You may freely use this work for your own personal use. To share this work with others please give full and clear credit to HTTPS://http://www.papergiftsforestefany.wordpress.com with appropriate and specific direction to the original content. Do not use this work commercially or redistribute it on another website. Unauthorized use and/or duplication of this material without express and written permission from this blog’s owner is strictly prohibited. Image: pixabay.com

Thanks for taking the time out of your busy day to leave a kind comment. You've made my day! :) Cancel reply