I hope you enjoy this fabulous post by Cheri Fields. I just had to share it with you.

“…in my kids’ science classes. We use… secular humanistic books… Why? Because we have nothing to fear from evolutionary thinking if and when it is exposed for the limited mindset it really is… Far too often, the first time a young person… hears the Enemy’s carefully packaged lies, they fall for them hook, line, and sinker. It happened to some of my siblings. It can just as easily happen to our kids…”

Don’t fall for the old bait and switch – it’s a TRICK  (creation.com) Scientists observe variation, mutation and natural selection in living things all the time; and it can happen very quickly. Evolutionists call this ‘evolution’, and this is why they claim that evolution is true… But dogs remain dogs, frogs remain frogs, and horses remain horses.

“One church youth worker… told us, “I used to beat my head against a wall wondering why we lost all our young people at about age 16.” But then she discovered, “Age 16 (year 10) is when they teach evolution in depth in science… some of the teachers actually identify the Christian students and make a special point of explaining the differences and difficulties in reconciling Genesis and the ‘facts’ of evolution. It’s no wonder we lost them. I come near tears just thinking about it.”” (creation.com)

Why our Youth are leaving the church  (creation.com) …all we ever hear is the evolutionary story of billions of years of deep time being presented as an accepted and irrefutable ‘fact’ of science. Whether TV programs, textbooks, magazines, school, books, documentaries, even Saturday morning cartoons, our children are saturated with a story that directly opposes the “Bible stories” they hear in church. The take home message the children actually hear is “The Bible is not true!”… presents the evolutionary story as the real history of the world supported by ‘science’… parents… pepper their children’s lives with consistent truth… they will be able to discern how evolution is a counterfeit substitution of the truth… Despite the consistent droning message of being told that ‘science’ has proven the Bible is wrong, it truly boils down to whether that authority trumps our faith, or if our ultimate authority comes from the Word of God.

Rescuing our kids  Atheists have NO message of hope to offer our children. So have you ever thought it odd that they are so aggressive and hostile about it? One of Charles Darwin’s descendants did (much to the shock of her family). Laura Keynes, Charles Darwin’s great-great-great-granddaughter, holds a doctorate from Oxford and now professes a passionate faith in God, thanks to the furious ‘God debate’ by militant atheists driving her away from atheism. “One of the things made me wary of the ‘new atheism’ was the strange mix of angry emotion I encountered there: anger at the thought of God; anger at any restrictions on behaviour; anger at thwarted will; pride in the exertion of will; pride in feeling intellectually superior; contempt for anyone who reveals human vulnerability in asking for the grace of God… it’s odd for people who [claim they] value reason so highly to make such a large concessions to emotion.”

Standing up to Atheists  (answersingenesis) “In essence atheists worship themselves—they are their own gods. These fallible, finite people make absolute statements about their belief in naturalism and that naturalism was the cause of the universe and life. They determine their own morality—their own supposed purpose and meaning. Atheists believe that when they die, they cease to exist! And they want to convert everyone to their religion. They want to make their own rules. And this is why they are so intolerant of Christians. Their worldview of moral relativism is in conflict with a worldview of absolutes based on the absolute authority of God’s Word.”

Victory Begins at Home  (answersingenesis) The battle for our kids’ minds is very intense. Thankfully, the resources to win this war are also available. Parents (and sponsors) simply need to recognize the seriousness of the situation, study the enemy’s strategies, rigorously train their children with Biblical answers, and rely on God’s limitless grace.

Why I teach my kids evolution  (creation.com) A homeschooling mother’s approach to ‘immunizing’ her children against humanism in science… The world is well-versed in packaging its ideas in attractive, reasonable, and compelling ways. Without tools to recognize and counter the lies, they were left dangerously exposed.

Parent’s Corner  (creation.com) Free resources, inspiration, and heartfelt encouragement from scientists who take the Bible seriously for all parents and sponsors interested in equipping their children against the lies of the enemy.

Parents—Don’t Leave Teaching to the Church  (answersingenesis) Parents can do many practical things to combat the bankrupt evolutionary indoctrination their children face… and are responsible to build a biblical worldview in their children on a daily basis.

Parents: Be careful with who you allow as an authority in your children’s lives  (creation.com) a child will likely see an evolutionist Ph.D. geneticist as having great authority, but their persuasive arguments will be full of ‘bait and switch’. 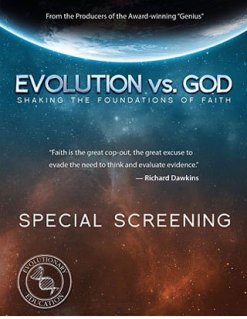 3 thoughts on “Parents, It’s Time to Teach Our Kids Evolution!”

Thanks for taking the time out of your busy day to leave a kind comment. You've made my day! :) Cancel reply